“Voices Across the Divide” is geared towards a broad range of audiences; university students, faith communities, social justice organizations, and the general public. While the language of the documentary is in English, the topic appeals to Jewish and Arab audiences and will be offered to independent Jewish and Palestinian film festivals in the US and Canada, public television, cable television, and independent theaters.  Several festivals considered for presentation include Human Rights Watch Film Festival, Boston Jewish and Arab Film Festivals, United Nations Associations Film Festival, and SILVERDOCS Film Festival. 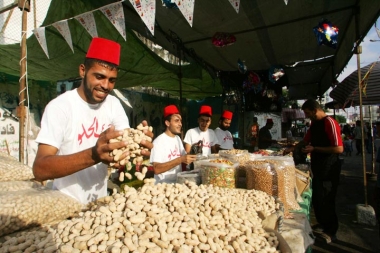 The documentary is also appropriate for university distribution. I am specifically involved with departments through Harvard, Brandeis, Yale and Al Quds University, as well as University of Chicago, Utah, and London School of Economics, among others.
My most strategic audiences are those in the Jewish and Christian communities who are agonized over the course of events in Israel/Palestine and willing to struggle with alternative narratives and long held preconceptions about Arabs. I have connections through a variety of religious organizations including the I.L. Peretz Workmen’s Circle, Evangelical Lutheran Church of America, and Community Church of Boston. In addition, I will promote the film through social justice organizations such as Jewish Voices for Peace and American Jews for a Just Peace.