Welcome to Voices Across the Divide, a powerful documentary and oral history project exploring the Israeli/Palestinian conflict through rarely heard personal stories.

The Israeli/Palestinian conflict is one of the most prominent, hot button debates in the US today. There is often little space for compassionate listening or deepening awareness. Access to information about the conflict is shaped by powerful forces and organizations. We believe a better future is possible based on mutual respect and knowledge.

We hope Voices Across the Divide will contribute to an open dialogue grounded in mutual respect, understanding, and political activism that leads to justice for all people in the region. Narrated by Alice Rothchild, an American Jew raised on the tragedies of the Holocaust and the dream of a Jewish homeland in Israel, Voices Across the Divide follows her personal journey as she begins to understand the Palestinian narrative, while exploring the Palestinian experience of loss, occupation, statelessness, and immigration to the US.

Learn about these important stories, and be inspired to make a difference. Raise a voice to build a just peace in Israel and Palestine. Start by confronting the common experiences of trauma, yearning, immigration, and the realities of injustice and dispossession. Join us in humanizing this tortured and misunderstood history.

The idea for the film was born after Alice traveled to Israel, the West Bank and Gaza to work with and interview Israelis and Palestinians starting in 2003 and wrote a book about these experiences, Broken Promises, Broken Dreams: Stories of Jewish and Palestinian Trauma and Resilience. This led to an event organized by Jewish Voice for Peace in Detroit, where Palestinians shared their stories at a public event. As she actively searched for the mostly invisible stories of Palestinians she felt the enormous human commonalities that connect Arabs and Jews. Compelled to speak out and to organize for a positive future for all of us, she started working on Voices Across the Divide. 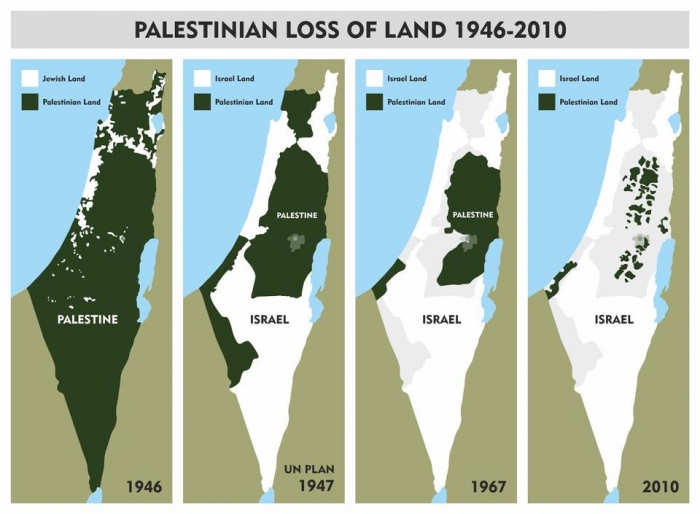 The time is urgent, after more than 65 years the conflict drags on: Palestinians continue to suffer the indignities of occupation, permits, checkpoints, loss of land, refugee camps, military incursions, and exile. Israeli society is bearing the fruit of being an occupying force and the society has largely turned its back on these issues.

Millions of dollars are spent on campus groups and in the media, aggressively promoting an Israel-right-or-wrong political stand and actively attacking students, professors, writers, and performers who exhibit sympathy or interest in “the other side.” This muzzling of the dialogue is a major threat to our fundamental principles of free speech and tolerance and thus to our basic democratic values. It is also deeply corruptive to our foreign policy and our ability to understand how others see us.

We can’t wait any longer, we need to act and share these stories NOW.